You may be wondering about the term ‘Lent’?  We will try to answer your questions but before we do that we will also tell you about two other events in the life of the church – Shrove Tuesday and Ash Wednesday.

What is Shrove Tuesday?

Shrove Tuesday, also known as Pancake Day, is the feast day immediately before Ash Wednesday which marks the start of the 40 days of Lent that lead up to Easter. Because its date is determined by that of Easter Sunday, Pancake Day really is a moveable feast.

Why is Shrove Tuesday so important?

The word shrove is a form of the English word shrive, which means to obtain absolution for one's sins by way of Confession and doing penance. Thus Shrove Tuesday gets its name from the custom for Christians to be "shriven" before the start of Lent. Elsewhere, the day has also been called "Fat Tuesday" or "Mardi Gras".

Why is it called Fat Tuesday?

Mardi Gras is French for "Fat Tuesday", reflecting the practice of the last night of eating richer, fatty foods before the ritual fasting of the Lenten season.

Why do you eat pancakes on Fat Tuesday?

Since foods such as butter, eggs and fat are discouraged from being eaten during the Lenten season, Christians use these ingredients during Shrovetide to make pancakes or other rich foods.  The specific custom of Christians eating pancakes on Shrove Tuesday dates to the 16th century.

Is Immanuel Anglican Church having a Pancake Supper on Shrove Tuesday? 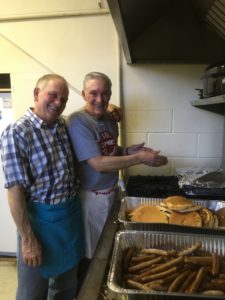 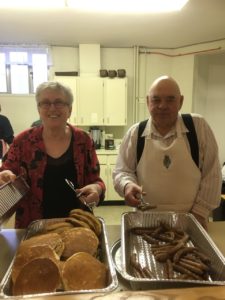 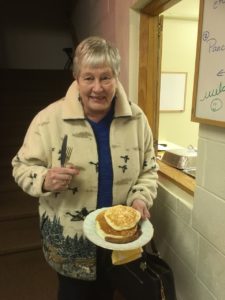 Why do we get ashes on our forehead?

Ash Wednesday is a Christian holy day of prayer, fasting and repentance. Ash Wednesday derives its name from the placing of repentance ashes on the foreheads of participants.  The minister distributes ashes by lightly rubbing the sign of the cross with ashes onto the foreheads to the words "Remember you are dust, and to dust you shall return."

How long do you keep ashes on your forehead?

While most people keep them on at least throughout the service, a person could choose to rub them off immediately. And while many keep their Ash Wednesday ashes on until bedtime, there's no requirement that they do so.

Where do ashes come from for Lent?

The ashes used on Ash Wednesday are made from the burning of palms blessed in the previous year's Palm Sunday celebration, when Christians carry palms to recognize the Gospels' reference to Jesus's path being covered in palm fronds on the day he entered Jerusalem. 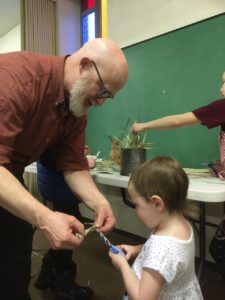 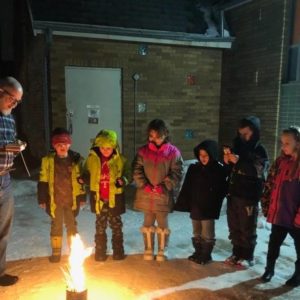 Is Immanuel Anglican Church having an Ash Wednesday Service?

In the church season, Lent is the six week period leading up to Easter Sunday.

The actual length is 46 days – however, 40 of these are fasting days and six are Sundays.

Sundays in Lent are not counted in the forty days because each Sunday represents a "mini-Easter".

The period of Lent is seen as a time of solemn observance and preparation for the celebration of the death and resurrection of Jesus at Easter. 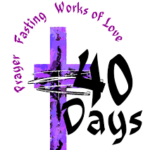 Lent will begin on Ash Wednesday – which in 2020 falls on February 26.

It will come to an end on Thursday, April 9, 2020, with the following day known as Good Friday – the day on which the Crucifixion of Christ is commemorated.

Why do we give things up during Lent?

Many Christians will use Lent to commit to fasting or giving up certain foods, habits or luxuries.

The fasting and abstinence is meant to mirror the experience of Jesus Christ and his experience of fasting in the desert.  It may also be done as a spiritual tool to tame the body and ‘sharpen the spirit’ for prayer, reflection and contemplation in preparation for the celebration of Easter.

Traditionally, Christians would fast during the 40 days of Lent, meaning they would have only one full meal a day and two small snacks.

However, nowadays Christians choose to abstain from something in particular – like a food item or luxury like chocolate or caffeine, or a particular habit like drinking or smoking.  (Often the money saved is then donated to charity.)

In today’s technological age, others choose to give up social media or even using their phones.

We also practice Lent to bond more closely with fellow Christians who are on the same journey, not only in our local church but also around the world.

Lent is also about preparing to renew our baptismal vows.

What other things can you do during Lent?

Alternatively, those observing Lent will also aim to perform one positive act for each of the days between Ash Wednesday and Easter Sunday.

These "positive acts" can include calling up someone who is alone, donating to a worthy cause, and letting someone go ahead of you in a supermarket queue.

Is Immanuel Anglican Church doing anything special during Lent?

Our Lenten Lunches are CANCELLED due to guidelines that have been issued to prevent the spread of the Coronavirus. 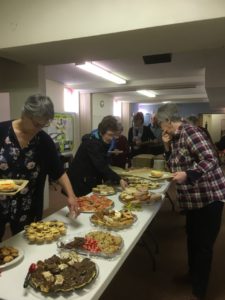 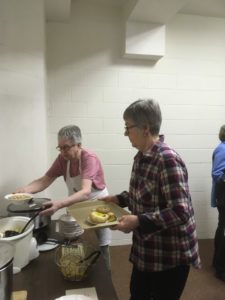 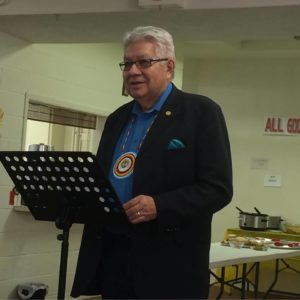 Why is it called Palm Sunday?

Palm Sunday commemorates the entrance of Jesus into Jerusalem (Matthew 21:1–9), when palm branches were placed in his path, before his arrest on Holy Thursday and his crucifixion on Good Friday. 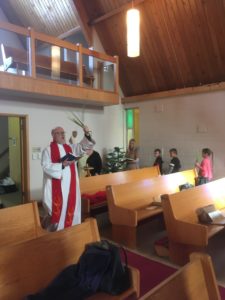 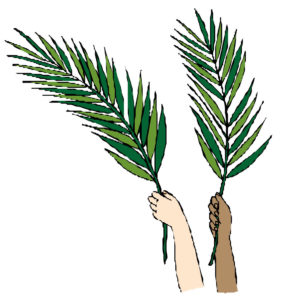 What is the meaning behind Maundy Thursday?

“Holy Thursday,” as it is also commonly known, marks the Last Supper of Jesus Christ with his apostles prior to his betrayal, trial and crucifixion as portrayed in the Christian gospels. The name “Maundy Thursday“ is derived from the Latin word mandatum meaning “commandment.”

Why is Maundy Thursday Important? 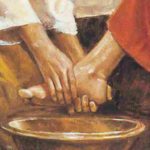 What is the message of Good Friday?

Good Friday is believed to be the day that marks the crucifixion of Jesus Christ on the cross and his death at Calvary. Christians believe Jesus was crucified on Good Friday and rose again three days later on Easter Triduum. The historical origins of the “Good” in Good Friday remain unclear, though some entomologists believe the term “good” is an archaic form of “holy” but some believe it developed from an older name, “God’s Friday.” Good Friday marks the death of Jesus Christ according to the Christian religion. It is a fundamental part of Christianity along with the resurrection of Jesus on Easter Sunday. Many agree that this is a more important holiday than Christmas since it is the ultimate proof that Jesus is the son of God because he came back from death.

What Do People Do?

Good Friday is a day of mourning and quiet prayer among many Christians. The candles are often extinguished and statues, paintings and crosses may be draped in black, purple or gray cloth.  Others observe the Stations of the Cross as representations of the path Jesus bore on his way to the crucifixion. 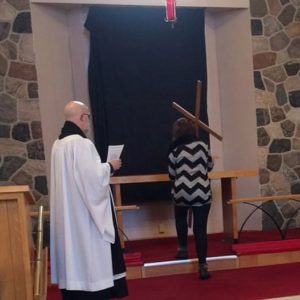 Hot cross buns are a traditional treat on Good Friday. These are small bread-like buns, made from dough that contains raisins, currants and other dried fruit. The top of a hot cross bun is marked with a cross and covered with a sugar glaze.

What is the Easter Vigil?

Easter Vigil, also called the Paschal Vigil or the Great Vigil of Easter, is a service held in traditional Christian churches as the first official celebration of the Resurrection of Jesus.  The service begins in darkness, sometime between sunset on Holy Saturday and sunrise on Easter, and consists of four parts:  The Service of Light (kindling of new fire, lighting the Paschal candle); followed by the reading of the Word of God, then the baptismal ceremony, and lastly the Eucharist.

This service celebrates the resurrection of Jesus Christ, and it is also a time when new members are baptized into the church or current members are given a chance to renew their baptismal vows.  It is meant to be a real experience of new life for the worshipper, a passing from darkness to light which offers hope to all the faithful.  The Easter Vigil marks the end of the emptiness of Holy Saturday, and leads into the celebration of Christ's resurrection.

What is the true meaning of Easter?

Easter, also called Pascha (Greek, Latin) or Resurrection Sunday, is a festival and holiday celebrating the resurrection of Jesus from the dead, described in the New Testament as having occurred on the third day of his burial after his crucifixion by the Romans at Calvary c. 30 AD.

Why do we celebrate Easter with eggs?

The egg, an ancient symbol of new life, has been associated with pagan festivals celebrating spring. From a Christian perspective, Easter eggs are said to represent Jesus' emergence from the tomb and resurrection.

How did dying Easter eggs start?

In the Orthodox and Eastern Catholic Churches, Easter eggs are dyed red to represent the blood of Christ, with further symbolism being found in the hard shell of the egg symbolizing the sealed Tomb of Christ — the cracking of which symbolized his resurrection from the dead.

What does the Easter Bunny have to do with Jesus?

According to History.com, Easter eggs represent Jesus' resurrection. However, this association came much later when Roman Catholicism became the dominant religion in Germany in the 15th century and merged with already ingrained pagan beliefs. The first Easter Bunny legend was documented in the 1500s.

Why is the Easter lily a sign of new birth?

Known to Christians as the “white-robed apostle of hope,” the Easter lily has also been a religious symbol since the birth of the Christian religion. It's also believed that the lilies grew where Jesus' sweat and tears fell to the ground during his crucifixion. 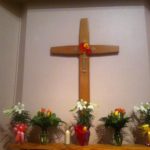 What are traditional Easter colors?

How is the date of Easter determined?

Easter Sunday is a moveable feast, which can occur as early as March 22 and as late as April 25.  In 325CE the Council of Nicaea established that Easter would be held on the first Sunday after the first Full Moon occurring on or after the vernal equinox.(*) From that point forward, the Easter date depended on the ecclesiastical approximation of March 21 for the vernal equinox.

We wish a blessed and Happy Easter to all!